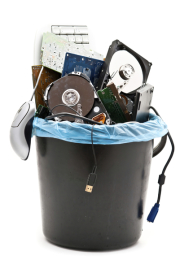 WEEE is the fastest growing waste stream in the UK. Each year in the UK, the general public dispose of over 1.2 million tonnes of electrical and electronic waste, the equivalent to 150,000 double decker buses!

The Environment Agency (EA) have now released new legislation on the collection, treatment and disposal of plastic components found in Display Devices and Small Mixed WEEE which often contain high levels of hazardous chemicals and Persistent Organic Pollutants (POP’s). These toxins cause significant damage to our environment and pose a real risk to public health.

The Industry Council for Electronic Equipment Recycling (ICER), in cooperation with Defra and the Environment Agency (EA), recently investigated the presence of chemicals used as flame retardants in more than 2000 items of WEEE and confirmed they are present.
These chemicals significantly affect the legal requirements that apply to these wastes and as a matter of urgency we are required by law to enforce a new reporting policy to the Environment Agency which will be implemented with immediate effect. 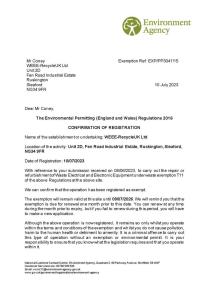 WEEE-RecycleUK are licensed as an Environment Agency approved facility for the repair and refurbishment of WEEE under licence number NC2/061640/2020.

This means you know when your redundant IT equipment is collected by WEEE-RecycleUK, it will be refurbished, repaired or recycled by them. Some companies are only licensed to store WEEE, meaning the company you have entrusted to dispose of your redundant equipment, won't be the company that actually treats it. 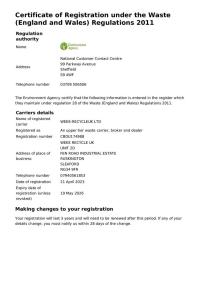 WEEE-RecycleUK are licenced as waste carriers and brokers, under licence number CBDU174988.

This means they can legally transport your waste electronical goods under a duty of care waste transfer note and hazardous waste consignment note as nescessary. 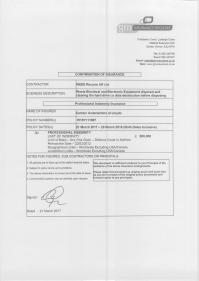 WEEE-RecycleUK are insured for a sum of £2,000,000 per claim for WEEE disposal. This is a specific insurance for the business, covering the activity of WEEE disposal.

Always check that a company you may use to dispose of your WEEE is correctly insured. Liability insurance for the disposal of any sort of waste, but especially WEEE, due to the hazardous nature of many items, can be difficult and expensive to obtain.

If their insurance doesn't specify WEEE disposal, you may be left uninsured in the event of an accident.

WEEE-RecycleUK also back their data destruction services with a professional liability insurance against data loss. This covers you for upto £500,000 per claim, giving complete peace of mind.

Or use the form below: